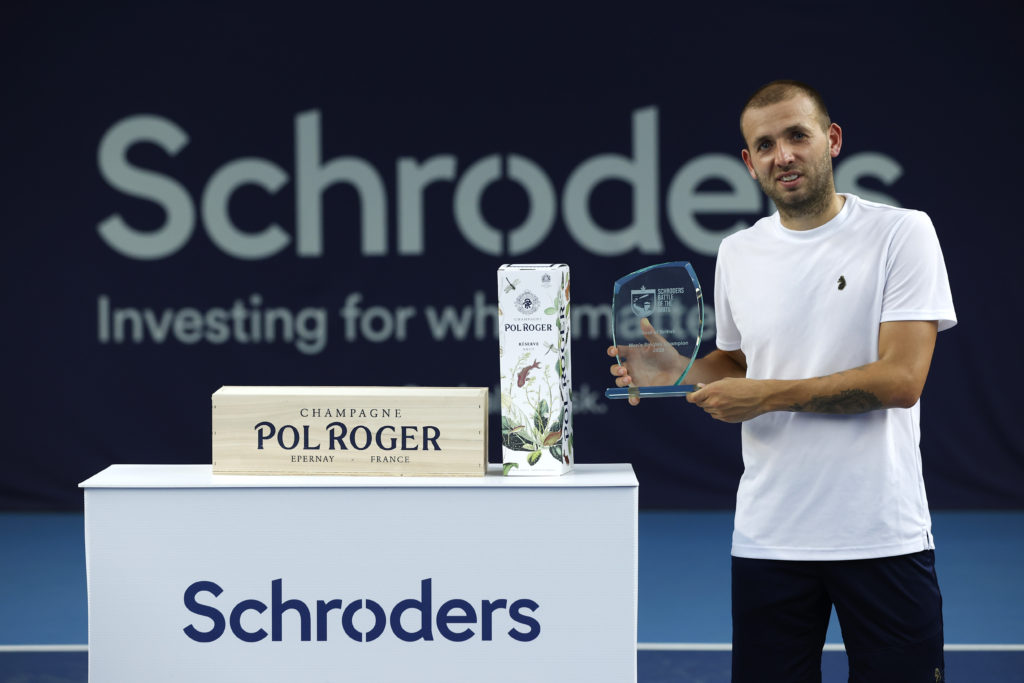 Champagne Pol Roger was proud to be an Official Partner of the Schroders Battle of the Brits in this, its inaugural year.

British No. 1 Dan Evans was crowned singles champion of Schroders Battle of the Brits, after beating the British No. 2 Kyle Edmund in straight sets, 6-3 6-2 and awarded a Jeroboam of Pol Roger Brut Reserve.

Evans went unbeaten throughout the week, and above all else, and came very close to making it a double, just squeezed out of the doubles final by tournament organiser Jamie Murray and his partner Neal Skupski.

The established doubles pairing of Jamie Murray and Neal Skupski got off to a slow start as Dan Evans and Lloyd Glasspool leapt out to a 5-0 lead. However, the start of the second set saw Murray and Skupski fight back immediately, with a 3-0 start. Skupski’s aggressive game was starting to make inroads into Evans and Glasspool, complemented by Murray’s speed and agility at the net.

Skupski’s tee-up of shots would set up Murray continually in the match tie-break, beginning to force the errors from the opposition not to mention some outstanding painting of the lines.

Tournament director Murray served out the win for the title 0-6 6-2 10-6, joking in the presentation speeches that it is a bit weird to be awarding himself the trophy and Magnum of Pol Roger Brut Reserve!